I recently bought the cookbook Cooking My Way Back Home  by Mitchell Rosenthall and it’s really lovely. He has a recipe in there for sauteed scallops with spiced couscous and preserved lemon-curry sauce that looks amazing. After reading through it, I knew that I would never be able to find preserved lemons where I live. Luckily, he gives the recipe in the back of the book. It’s quite easy, but it takes 3-4 weeks to make it in that once you prepare the lemons they have to sit for 3-4 weeks with an occasional shake of the jar, to be finished.

So, if you think this recipe sounds like something you might want to make, then make up a batch of these preserved lemons and you’ll be ready when I am!

He prefers Meyer lemons, which I was able to find at the grocery, but says that regular lemons will work as well. Meyer lemons are a little bit milder and are say to be a bit more like a lemon with a little orange in it. They are a beautiful color and their skin is much smoother than a traditional lemon. 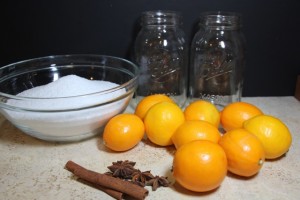 Cut a thin slice off one end of each lemon. Then make 2 evenly spaced cuts along the length of each lemon, cutting only three-fourths of the way through so that the lemon is divided into quarters and the quarters are still attached at the uncut end. Pull the sections apart to expose the flesh and pack each lemon with the salt. 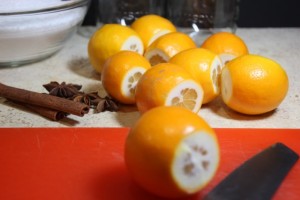 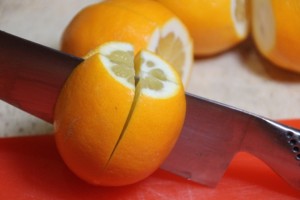 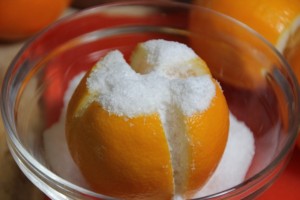 Toss 3 star anise pods and 1 cinnamon stick into a sterilized jar, then begin packing the salted lemons tightly into the jar. When you have packed in half of the lemons, add the remaining star anise pods and cinnamon stick, and then add the remaining lemons. As you pack in the lemons, they will release their juice. When all of the lemons are in the jar (or as many as you can stuff in there), the lemons should be covered with juice. If not, add lemon juice as needed to cover all lemons. 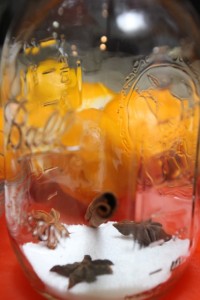 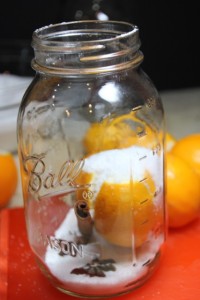 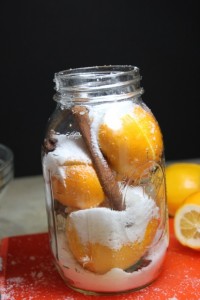 Mash down the lemons as much as you can, and stuff more in if you can. 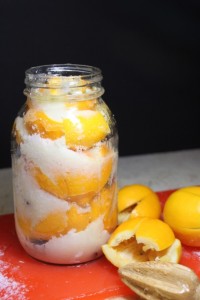 I could only get 7 out of 10 lemons into the jar. I squeezed the remaining 3. You should add enough juice to cover all of the lemons.

Seal the jar and store at room temperature in a cupboard. Shake the jar every few days, and add more lemon juice as needed to cover. The lemons will be soft and ready to use in 3 to 4 weeks. 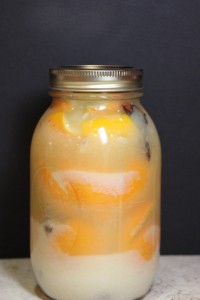