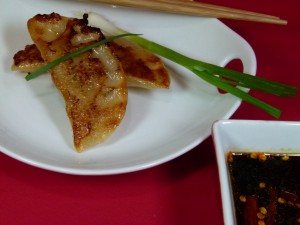 My kids adore potstickers, or fried dumplings. I decided to make my own the other day for a treat. I’ve made them before, but not that they’d remember. I found this old Gourmet recipe on Epicurious that seemed to get rave reviews, so I went with that one. The dipping sauce was probably the best dipping sauce I’ve ever had. I changed it a little bit as I like my dipping sauce with grated ginger in it and more on the spicy side, but I loved the fact that it didn’t have any vinegar in it. 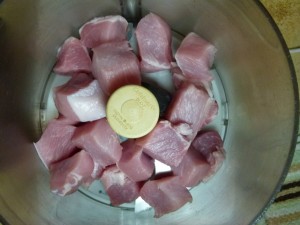 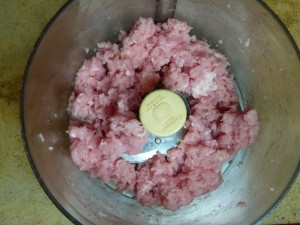 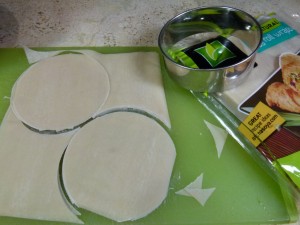 I could not find dumpling wrappers, so I bought egg roll wrappers and cut them into circles.

Combine all ingredients (except cilantro stems, chives, and wrappers) in a large bowl, then stir in cilantro stems and chives. Set bowl in a larger bowl of ice to keep chilled while forming dumplings. 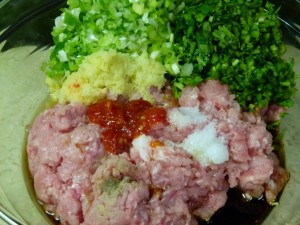 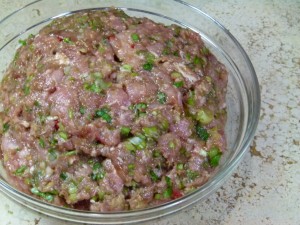 Place a slightly rounded teaspoon of filling in center of a wrapper and moisten area around filling with water. Fold in half to form a crescent and press to seal. 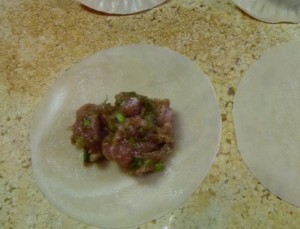 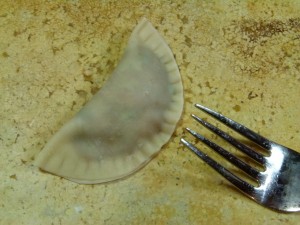 Alternatively, if you have a dumpling maker, you can use that to form your dumplings. 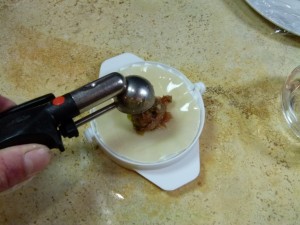 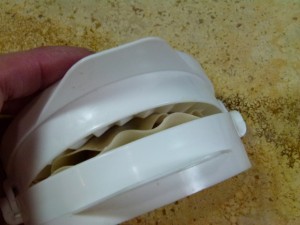 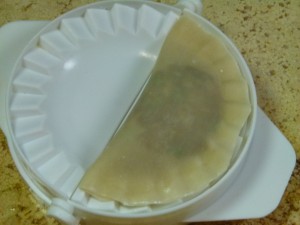 Repeat with remaining filling and wrappers, placing on a parchment-lined baking sheet and covering tightly with plastic wrap when finished until ready to cook. 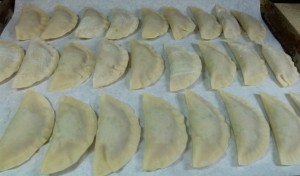 In a large non-stick skillet place 2 tablespoons of water and 1 tablespoon of vegetable or canola oil over medium heat and add dumplings to pan. Try not to have any edges touch or they may stick together, but get as many in the pan as you can. Reduce heat to low, cover, and let steam for about 5 minutes, shaking the pan every minute or two to keep them from sticking. 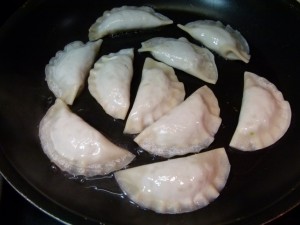 When the water has evaporated after about 5 minutes, uncover pan, add another tablespoon of oil, and continue to cook, shaking pan occasionally to keep from sticking, until the dumplings are brown on one side. You can remove them from the pan now, or if you prefer, turn them and brown on the other side as well. 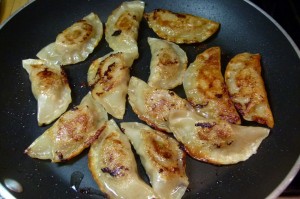 Remove the dumplings when finished briefly to a paper towel-covered plate, and then serve hot with dipping sauce. 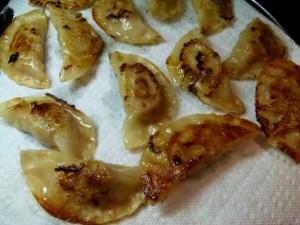 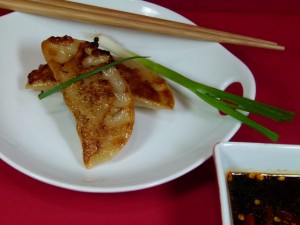 Cooks’ note: Dumplings can be formed (but not cooked) 2 hours ahead and chilled; or 1 month ahead and frozen on a tray, then transferred to a freezer bag. Cook frozen dumplings in 3 or 4 batches, 7 to 8 minutes per batch.

The rich flavors of the pork and chive dumplings shouldn’t be drowned out by a heavy sauce. This quick one is all you need.

Stir together all ingredients and let stand at room temperature at least 2 hours and up to 2 days. 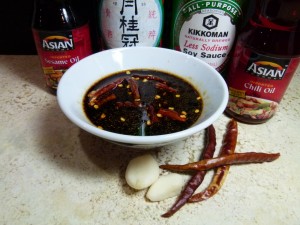