I’ve been cooking since I could stand on a stool and reach the stovetop. My first love was always, and still is, baking.

My parents divorced when I was 8 and my father got full-time custody of me and my sister. He was a carpenter, so while he worked full-time, he left early and was home by 4:30 or so. We generally shared the cooking responsibilities.

My stepmom  brought this recipe over to me a few months ago. She had actually just made it and thought I might enjoy seeing it in it’s original form that I had written up for her so many years ago (like probably 38 years ago!). Please notice how I spelt autumn on the recipe. Judging from the spelling in the recipe and the quality of the quality of the handwriting I’d say I was probably 10 or 11 When I wrote this down for her. I don’t remember if this is a recipe that I made up — it’s kind of hard to imagine that at that age I had that capability, but I cannot give credit if credit is due here since it was so long ago. You can see that the recipe has been well-used.

I have actually several times over the past few years thought of this soup, as it was a regular in our house as kids, but never seemed to find a recipe on the internet that tasted quite the same.

I made this last night, and I did make some revisions to the recipe from its original form. In the end though it tasted just as delicious as I remembered it to be. It’s a really easy soup to put together, I got enough to make two meals for a family of 5 for dinner and even though there’s lots of veggies in it, the kids still love it. Well, India’s so picky she complained a bit, but she complains about any new food. It’s a great weeknight family meal. It’s pretty quick and easy to prepare, makes a lot, and served with a slice of crusty french bread it makes a delicious meal. 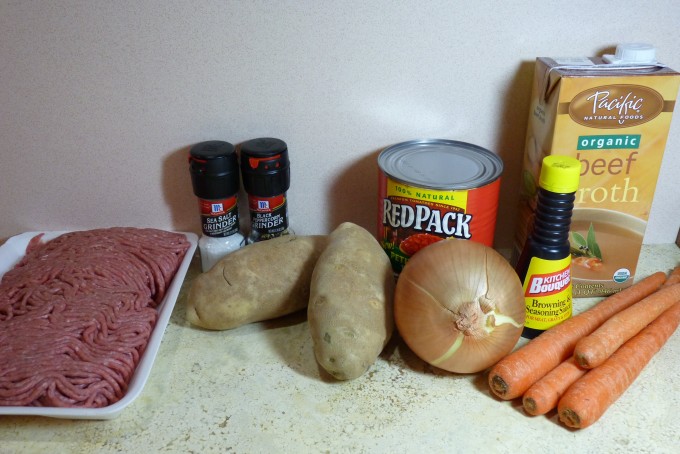 Wait – I forgot the celery in the first shot as it was in the sink to be washed. 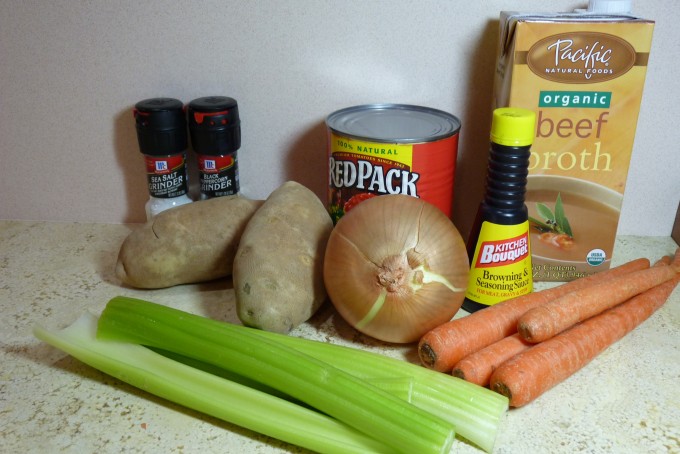 Cook the ground beef in a large skillet over medium-high heat, turning to cook evenly a few times, until cooked through but not browned. Drain in a colander. 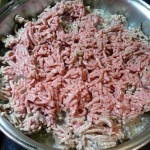 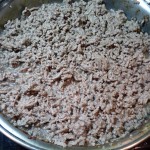 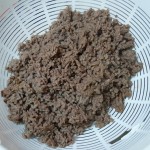 While the beef is browning put the diced tomatoes, beef broth, water, salt, pepper & Kitchen Bouquet into a large stockpot on medium heat and bring to a boil. 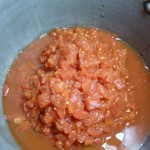 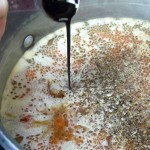 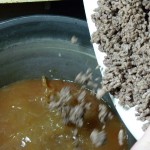 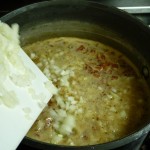 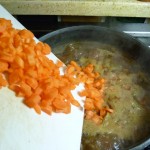 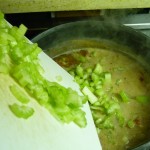 Reduce heat to low. Cover and simmer for approximately 30-45 minutes on low heat until the potatoes and veggies have been cooked though. 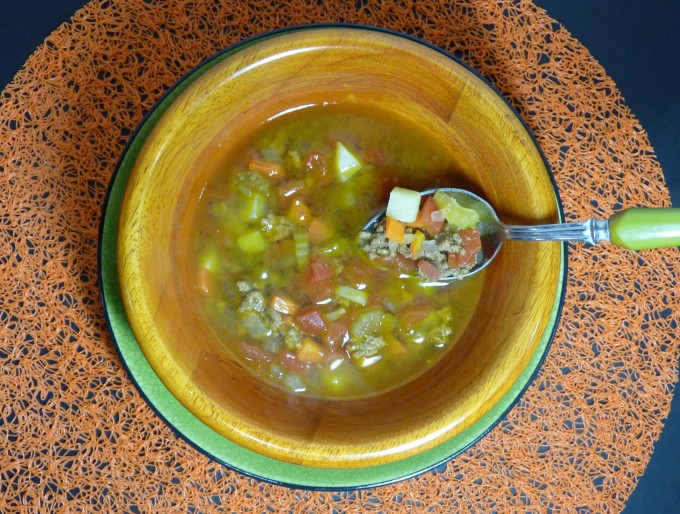 If you try it, let me know what you think. A great quick and easy meal.