I had an urge to make soufflé this weekend. At first I toyed with chocolate, but I like to make those with Amanda. Then I was going to make a Kahlua soufflé with espresso beans, but somehow I wanted something cold and ended up trying this recipe. Perhaps it was the long-awaited arrival of some warm weather. This soufflé was not hard to prepare, difficult to fail with as compared to a baked soufflé and was really delicious. I didn’t eat it until a day after I made it, but I didn’t find it too stiff as the original recipe warned. A great recipe for a summer dinner party as it can be made ahead, is cool, light, and not too filling after a meal. 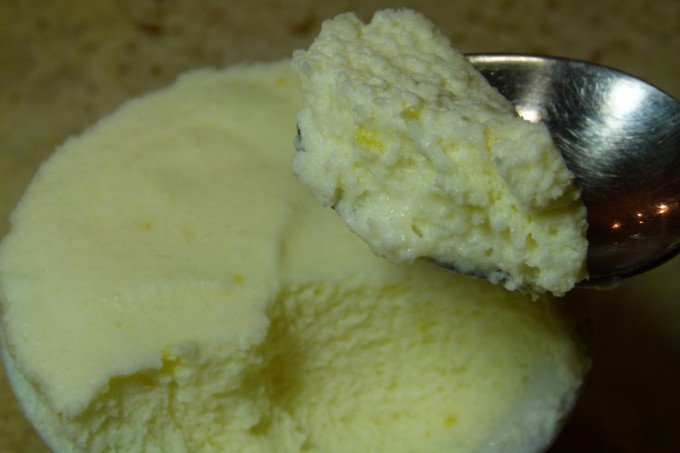 For a chilled lemon soufflé recipe that would perfect the unusual marriage of cream and foam, sweet and sour, and high lemony notes and rich custard, we lightened a silky custard base with beaten egg whites and whipped cream, then added both lemon juice and zest to give the soufflé an extra citrus punch. Following the last step in our lemon soufflé recipe, we fashioned a homemade foil collar for our soufflé dish before pouring the mixture in to give it more room to rise.

Now the original recipe called for using a 1-quart souffle dish. I chose to use individual ramekins. Since I wasn’t sure how many it would make since the recipe claims to serve only 4-6, I prepared 4 6-ounce and 2 10-ounce ramekins. I had enough to fill all of the dishes, but I didn’t have a high rise over the top of the dish into the collar. Next time I would make it with 6 6-ounce ramekins and I would get a nice high rise of ‘soufflé for a better presentation. To make this lemon soufflé ‘soufflé’ over the rim of the dish, use a 1-quart. For those less concerned about appearance, this dessert can be served from any 1 1/2-quart serving bowl. For best texture, serve the soufflé after 1 1/2 hours of chilling. It may be chilled up to 6 hours; though the texture will stiffen slightly because of the gelatin, it will taste just as good. 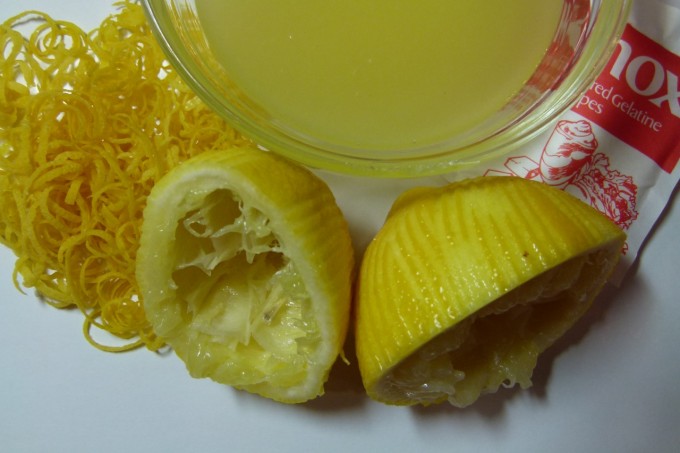 Heat milk and 1/2 cup of the sugar in medium saucepan over medium-low heat, stirring occasionally, until steaming and sugar is dissolved, about 5 minutes. Meanwhile, whisk together yolks, 2 tablespoons sugar, and cornstarch in medium bowl until pale yellow and thickened, 3 to 5 minutes. Whisking constantly, gradually add hot milk to yolks. Return milk and egg mixture to saucepan and cook, stirring constantly, over medium-low heat until foam has dissipated to a thin layer and mixture thickens to consistency of heavy cream and registers 185 degrees on instant-read thermometer, about 4 minutes. Strain into medium bowl. 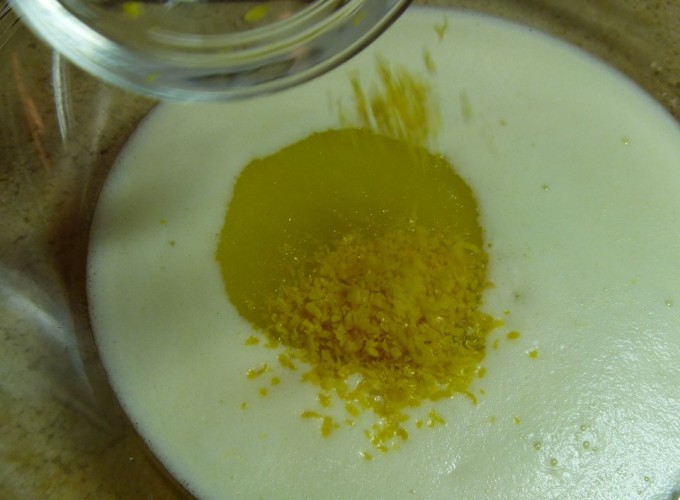 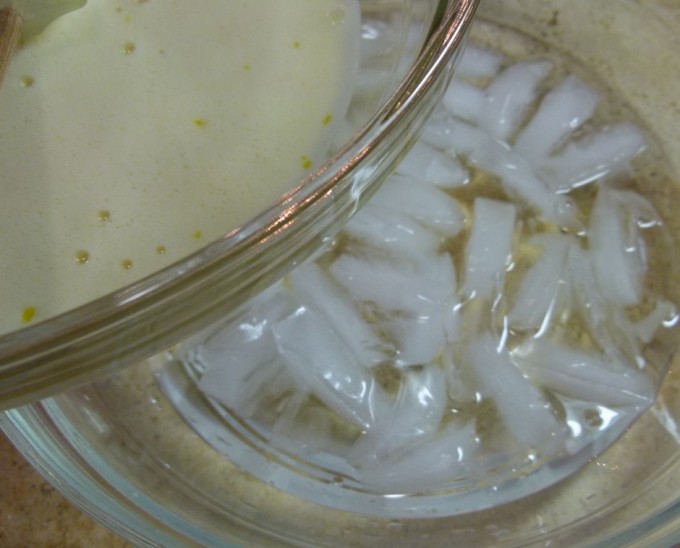 While custard mixture is chilling, in bowl of standing mixer fitted with whisk attachment (or in large mixing bowl if using hand mixer), beat egg whites and cream of tartar on medium speed until foamy, about 1 minute. Increase speed to medium-high; gradually add remaining 2 tablespoons sugar and continue to beat until glossy and whites hold soft peaks when beater is lifted, about 2 minutes longer. Do not overbeat. Remove bowl containing custard mixture from ice water bath; gently whisk in about 1/3 of egg whites, then fold in remaining whites with large rubber spatula until almost no white streaks remain. 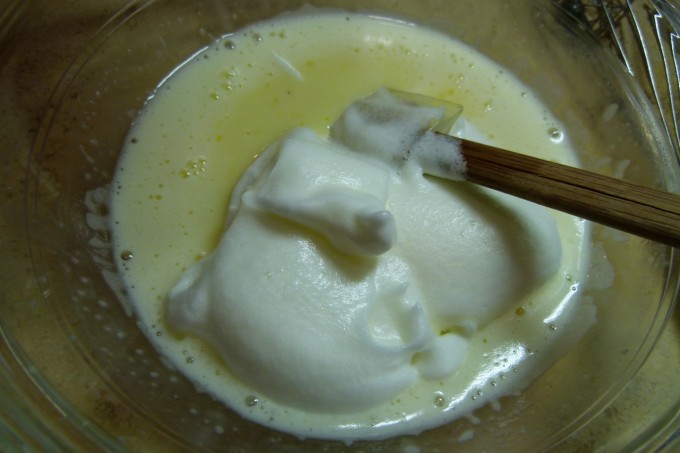 In same mixer bowl (washing not necessary), with mixer fitted with whisk attachment, beat cream on medium-high speed until soft peaks form when beater is lifted, 2 to 3 minutes. Fold cream into custard and egg-white mixture until no white streaks remain. 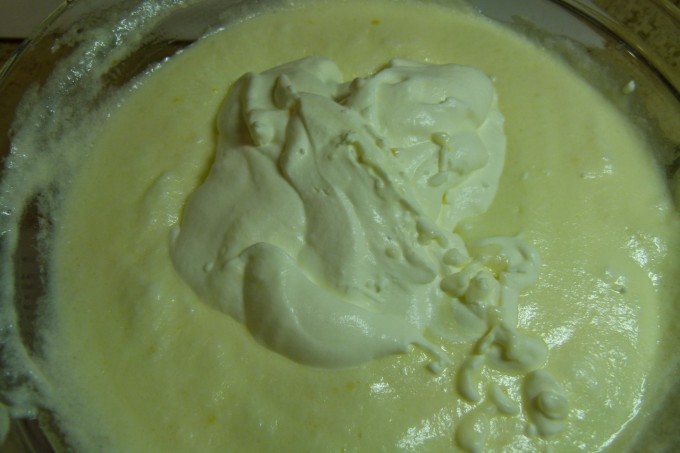 Pour into prepared soufflé dish or bowl. Chill until set but not stiff, about 1 1/2 hours (can be refrigerated up to 6 hours, see note). 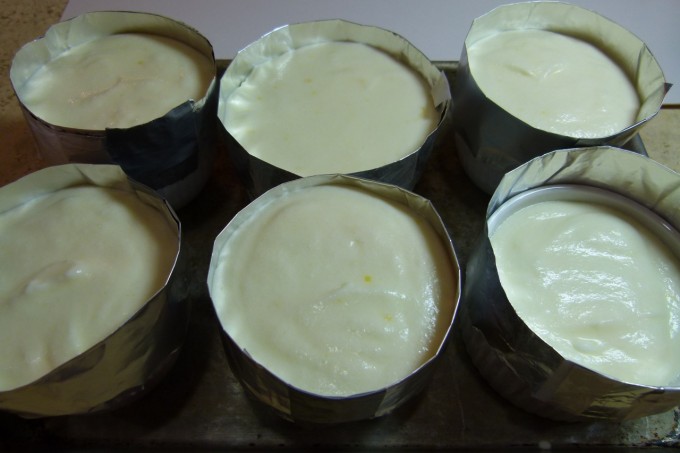 Remove foil collar, if using, and serve, garnishing if desired. 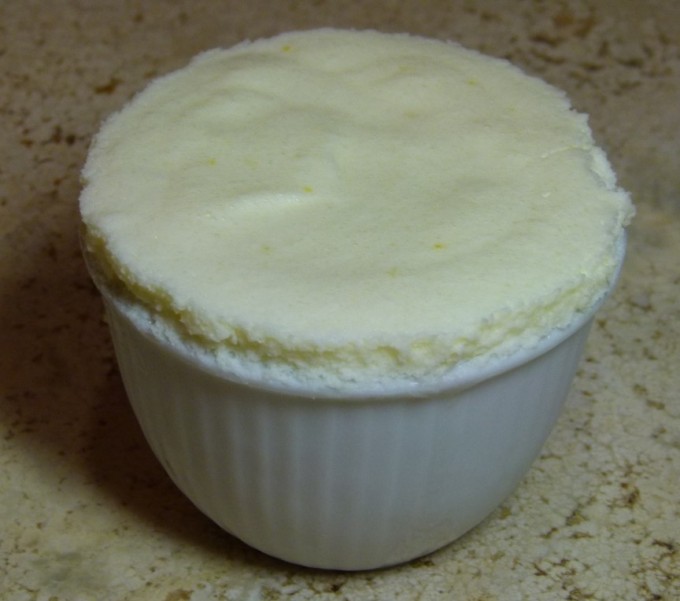 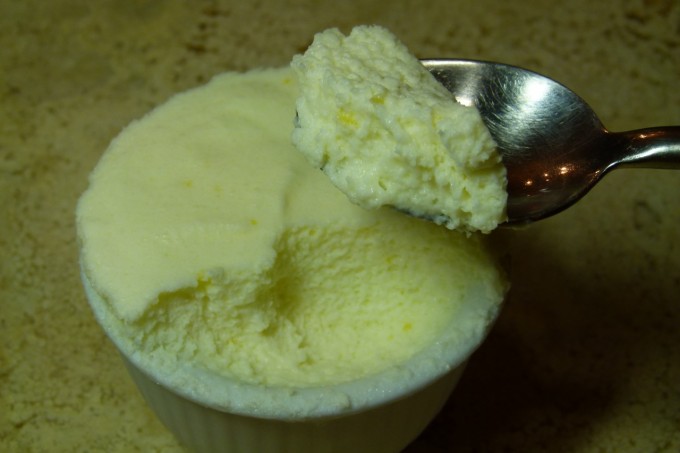